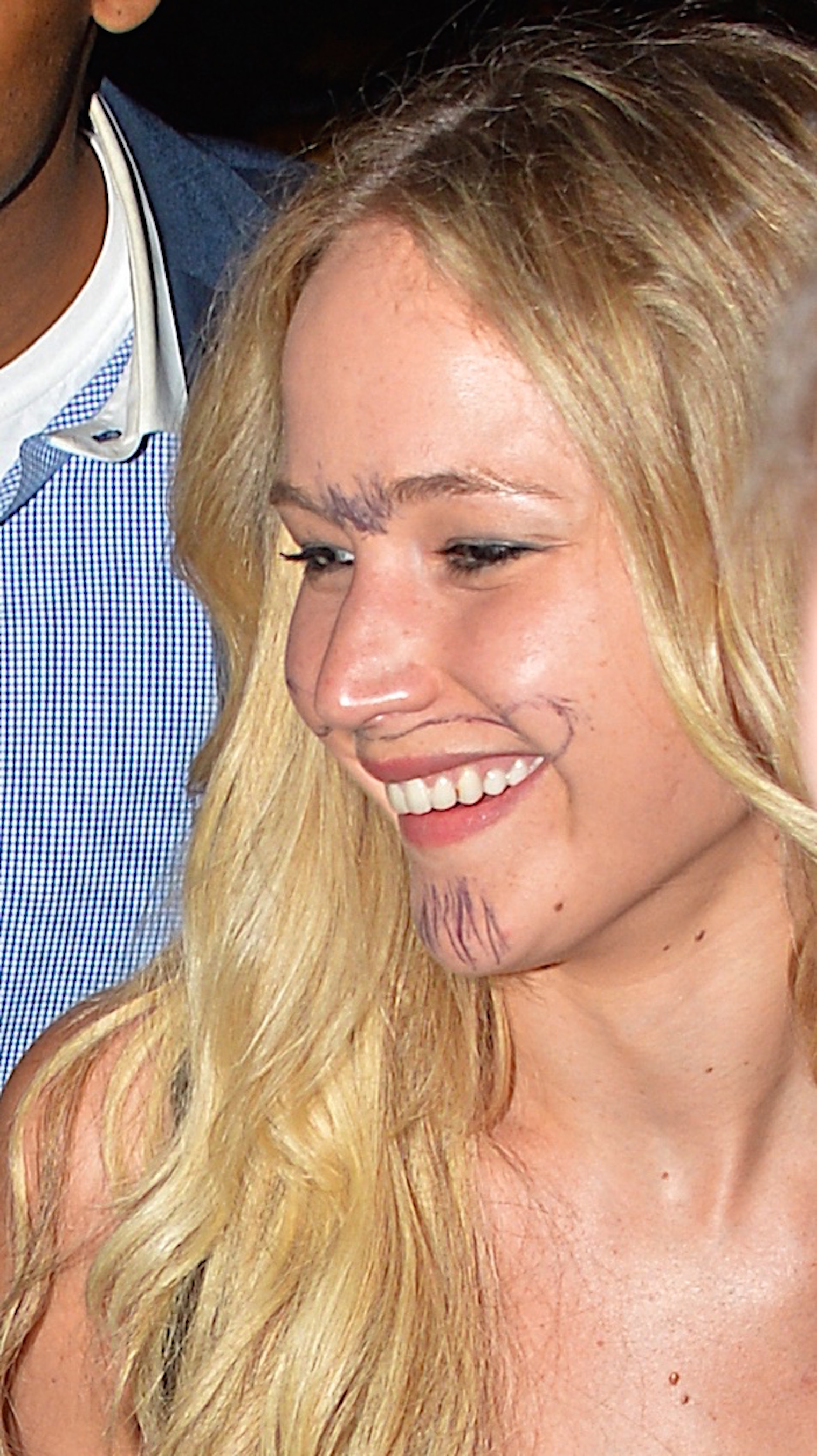 Jen was spotted eating at the Waverly Inn with her mum and close friend, Justine last night in New York. Later on she was seen goofing around with the paparazzi again, drawing a fake moustache and beard on her face!